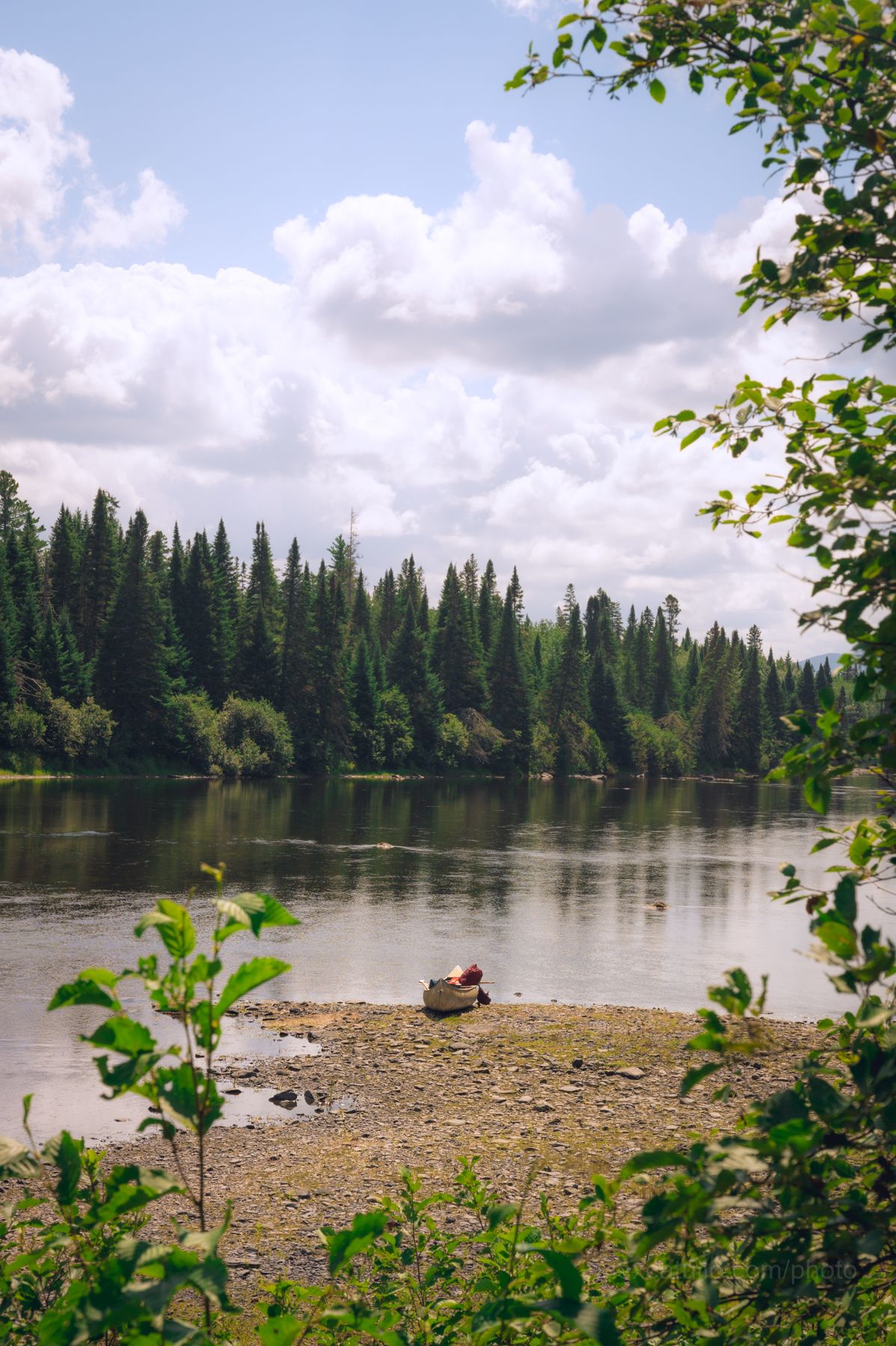 On this spot 167 years ago, Henry David Thoreau paddled down the Penobscot River into the North Woods of Maine, and made camp here among the firs. "After proceeding a mile and three quarters below the mouth of the Lobster, we reached, about sundown, a small island at the head of what Joe called the Moosehorn Deadwater"..."in the twilight, we heard faintly, from far down the stream, what sounded like two strokes of a woodchopper's axe, echoing dully through the grim solitude" - Henry David Thoreau